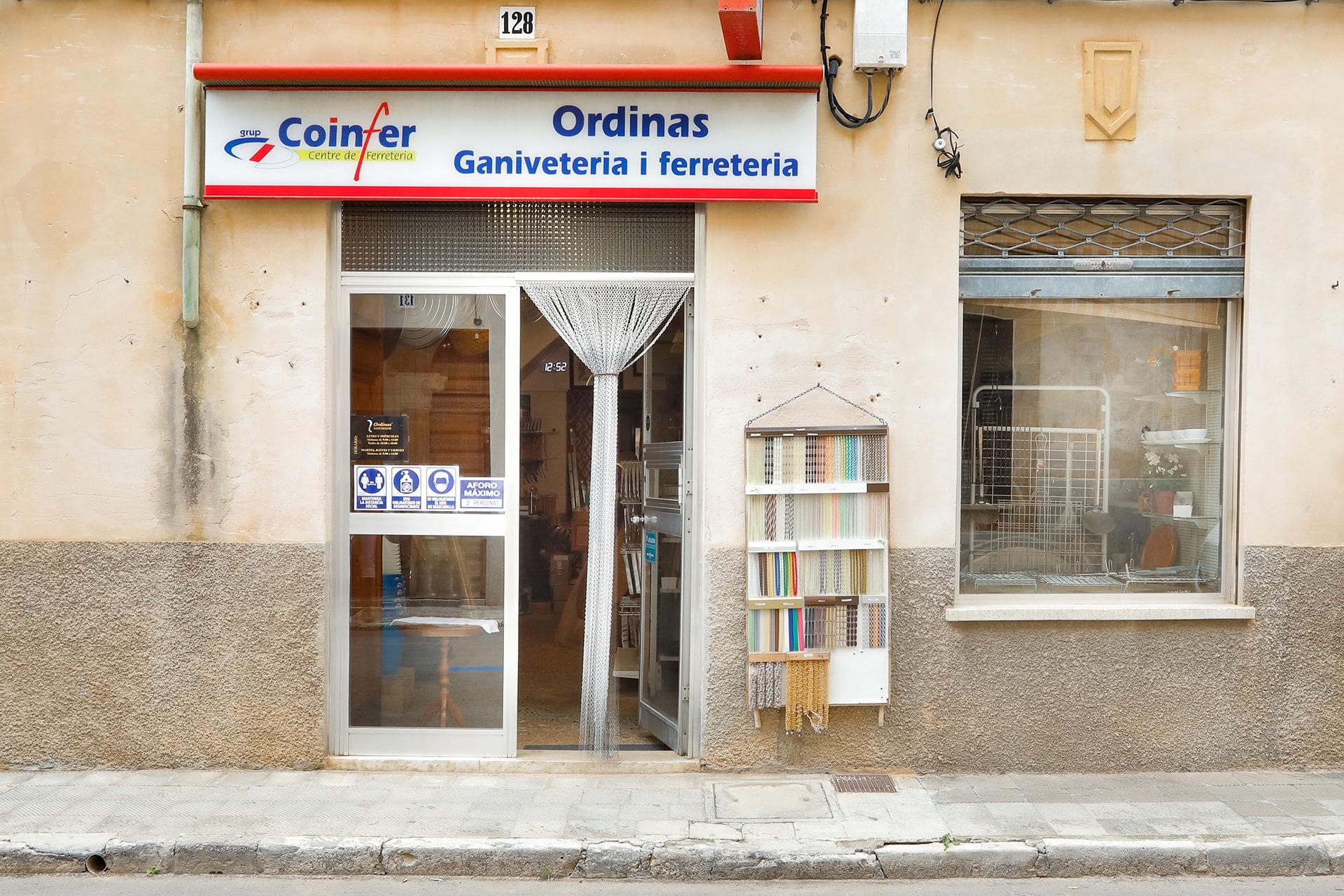 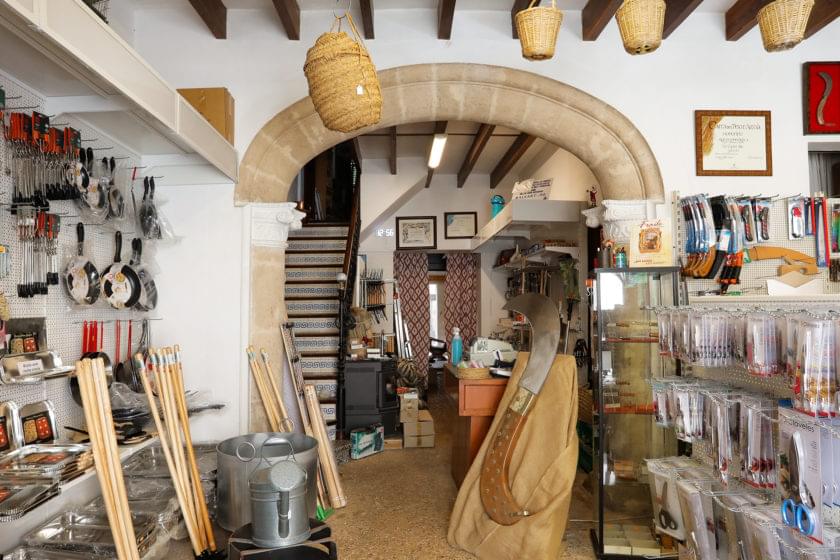 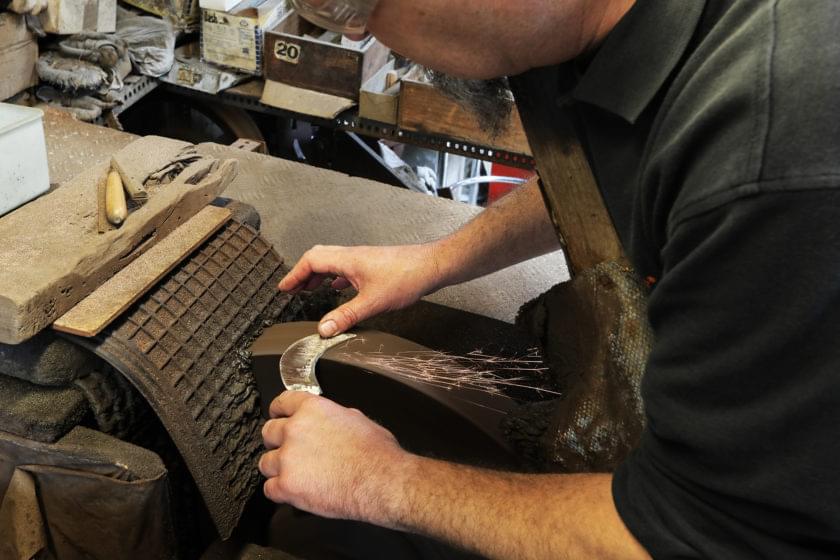 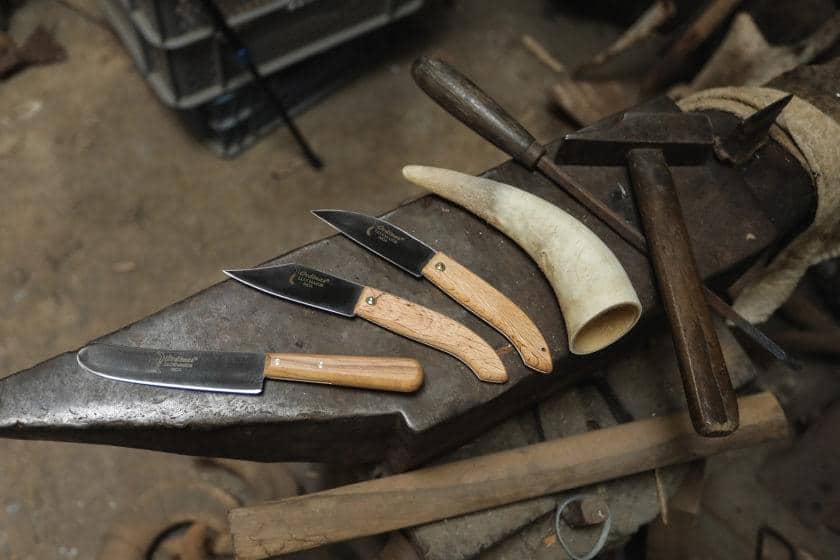 The Ordinas family started making handmade knives in Sineu more than a hundred years ago. In 1967, they moved to Llucmajor, to Calle Vall, 128.

Currently, Lluc Ordinas is in charge of running this business and has been carrying on the family trade for four generations. He holds the Charter of Master Craftsman granted by the Government of the Balearic Islands, and the distinction of artisan company.

The interior of the establishment is his home, where a sandstone archway stands out and the products on sale are displayed at the entrance. Further inside, the artisan workshop stands out, where they use the same methods and tools from more than a century ago. It is a charismatic establishment, in which Lluc makes the typical Majorcan knives by hand and only to order, using handles of different materials, such as deer horn, or the more popular ram’s horn.

Seven different types of knives are made in the workshop, among which the trinxet is the best known, with the characteristic half-moon shape for cutting peasant bread. In addition, there are the fisherman’s knife, the grafting knife, the “hechurado” knife and the swineherd’s knife, which is used in the fields, or the gatzoll knife for the vineyard, among others. However, he also makes all kinds of knives and all kinds of cutting tools for the rural world. He is also a noted repairer of scissors and knives because, as he himself says, “they are emotional pieces” and need only his hands. It is undoubtedly his personal trademark. 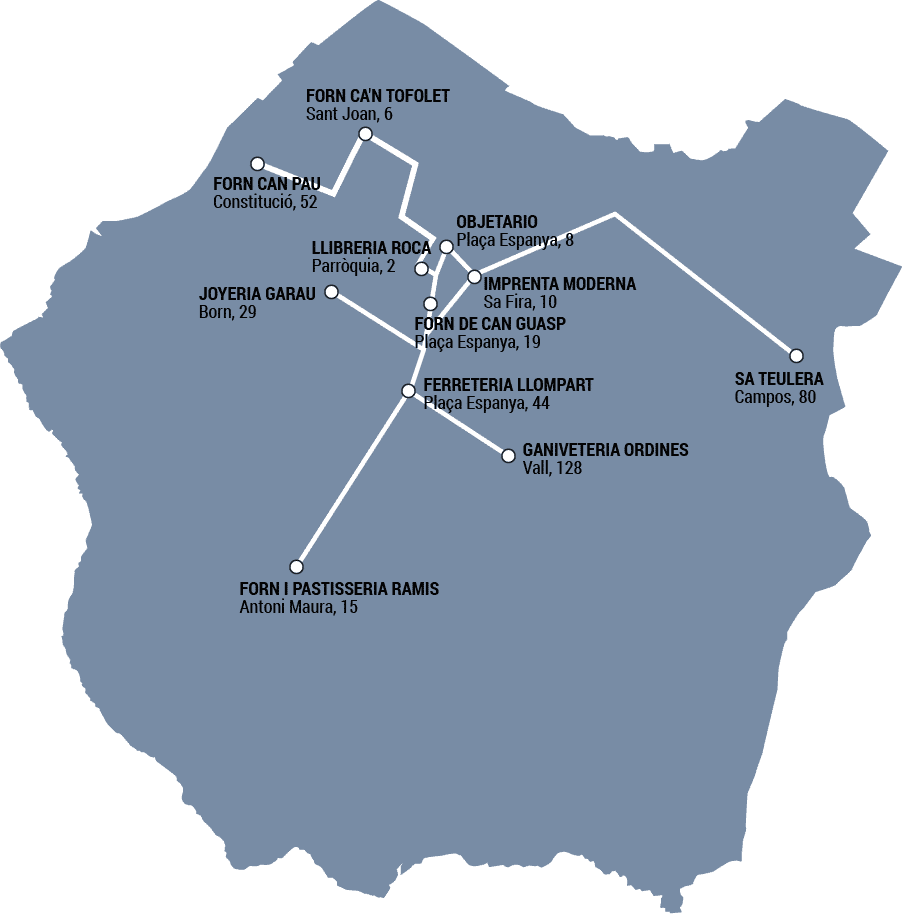