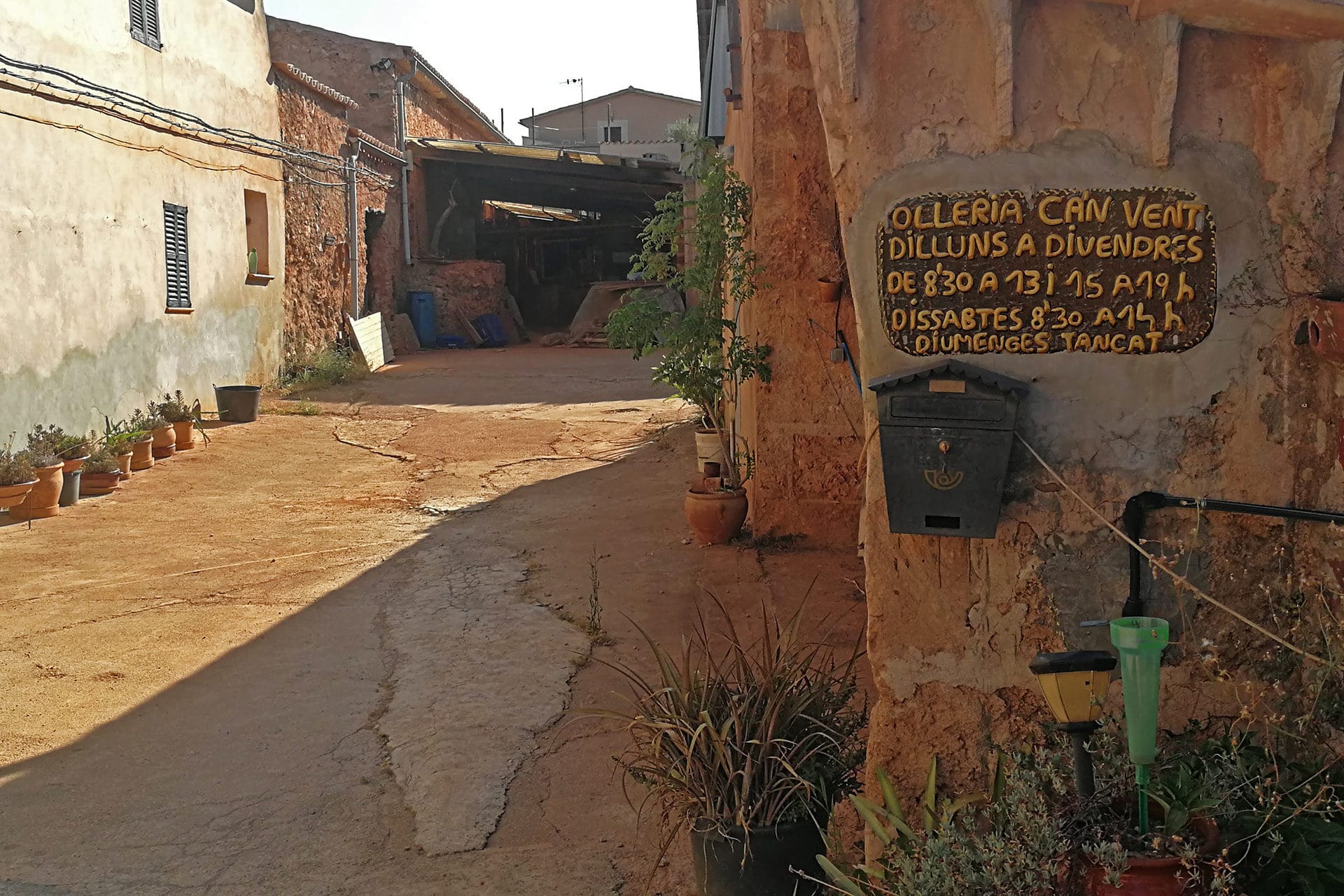 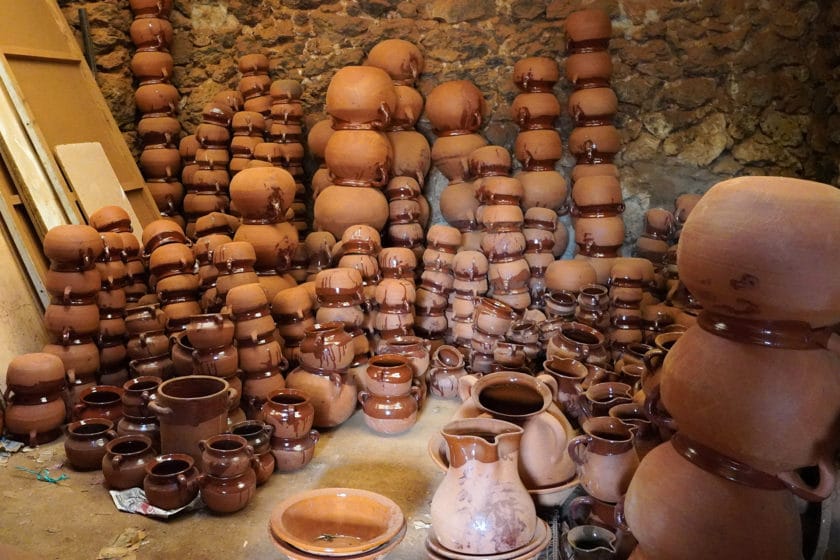 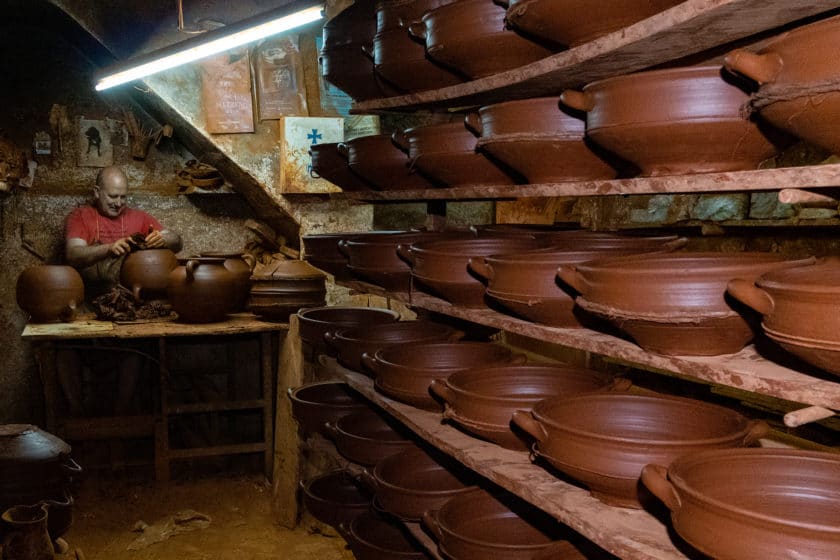 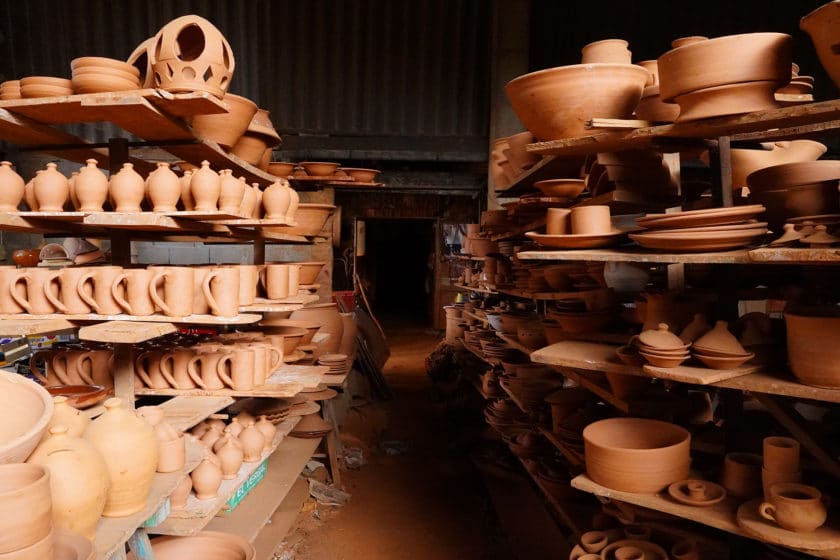 Can Vent is the oldest pottery in Pòrtol, according to the Council register. Its founder is believed to be Bartomeu Amengual. The pottery’s roots go back to around 1700, with more than ten generations of family history of the Amengual and Serra families, and it has been passed down from father to son until today. Now, cousins Antoni Mesquida and Tomeu Amengual are in charge of the business, which is an artisan company.

They still make the earthenware pieces entirely by hand as they used to do in the old days, in traditional pottery: greixoneres (casseroles) and cooking pots, as well as crockery, plates and other kitchen and decorative utensils. The red earth used to make the clay greixoneres comes from the Can Vic quarry in Pòrtol, which is now closed. The earth was taken out of the quarry and they keep it stored to make their pieces with the local clay. Can Vent and Cas Canonge are among the only potteries in Pòrtol that use the earth that was used in the past.

The workshop where the pieces are made is located in the same place where they are sold to the public. Although nowadays no outstanding historical elements have been preserved, they point out that they have some original tiles. 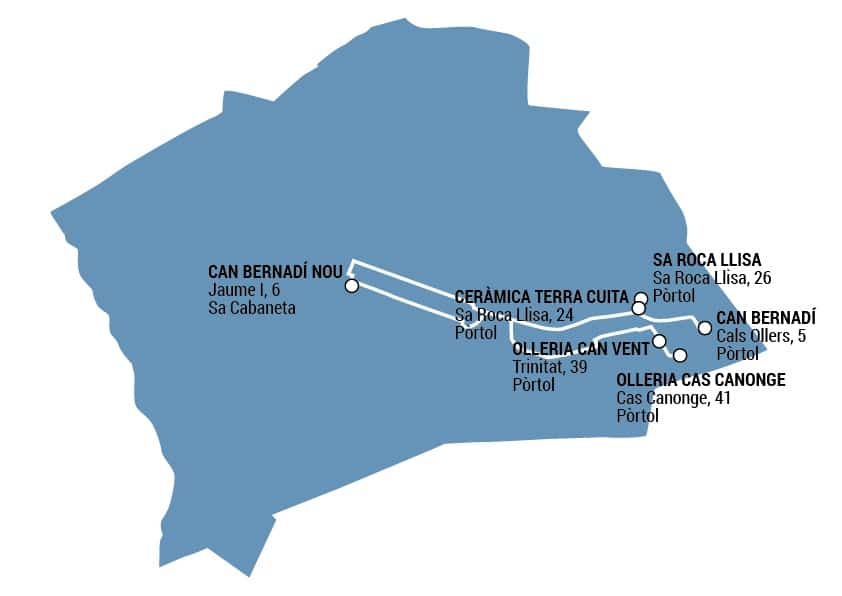